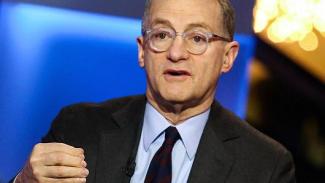 Digital currencies have generated a lot of headlines this year.  Here is a perspective from value investing sage Howard Marks.  **JB**

Howard Marks, one of the most respected value investors out there, starkly warned his clients to avoid high-flying digital currencies.

"In my view, digital currencies are nothing but an unfounded fad (or perhaps even a pyramid scheme), based on a willingness to ascribe value to something that has little or none beyond what people will pay for it," Marks wrote in the investor letter Wednesday.

Ethereum cryptocurrency is up more than 2,300 percent year to date through Wednesday, while bitcoin is up nearly 160 percent this year, according to data from industry website CoinDesk.

The co-chairman of Oaktree Capital is famous for his prescient investment memos, which predicted the financial crisis and the dotcom bubble implosion.

The manager then went on to compare cryptocurrencies to the Tulip mania of 1637, the South Sea bubble of 1720 and the internet bubble of 1999.

"Serious investing consists of buying things because the price is attractive relative to intrinsic value," he wrote. "Speculation, on the other hand, occurs when people buy something without any consideration of its underlying value or the appropriateness of its price."

Oaktree Capital has $99 billion of assets under management as of June 2017, according to its website.